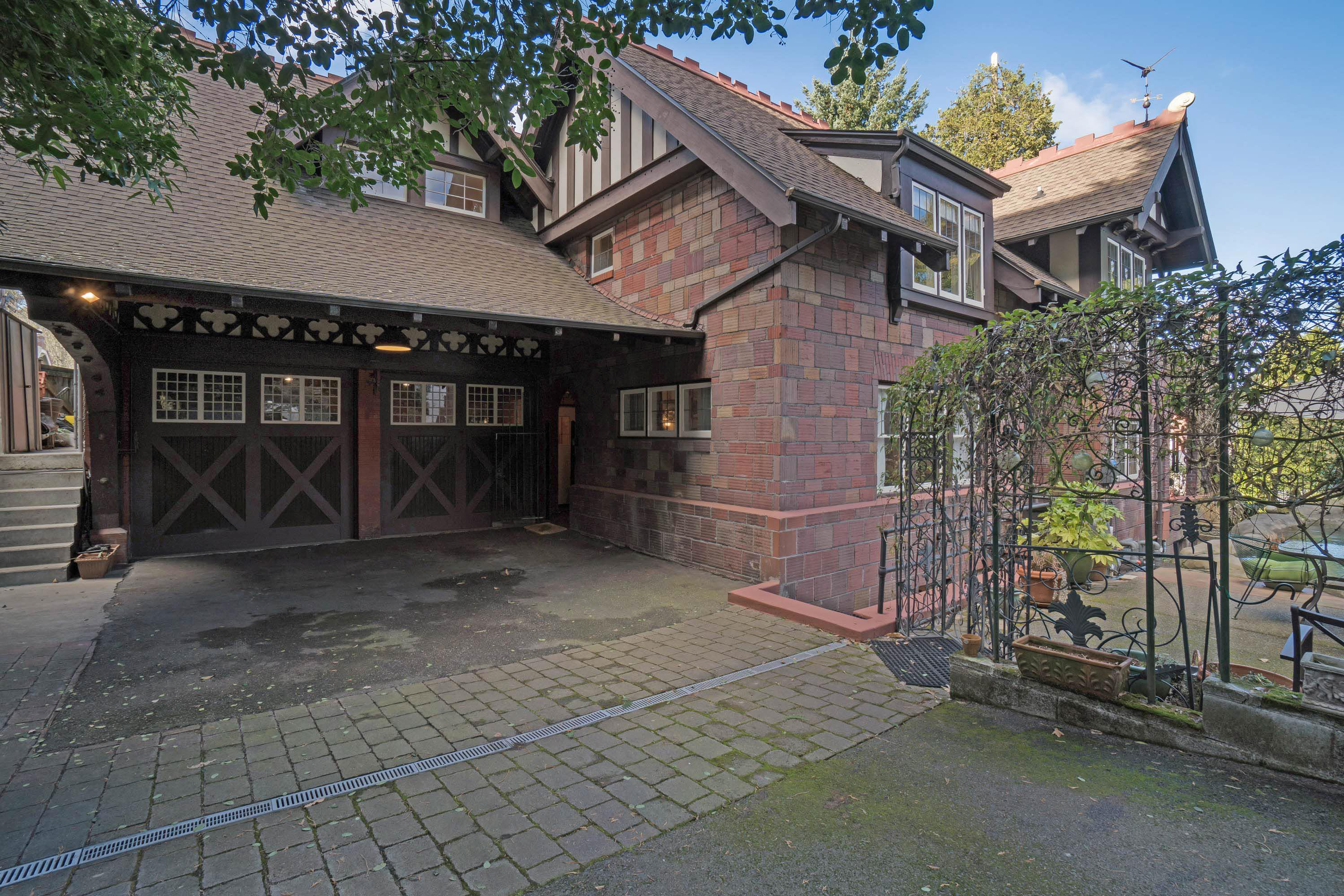 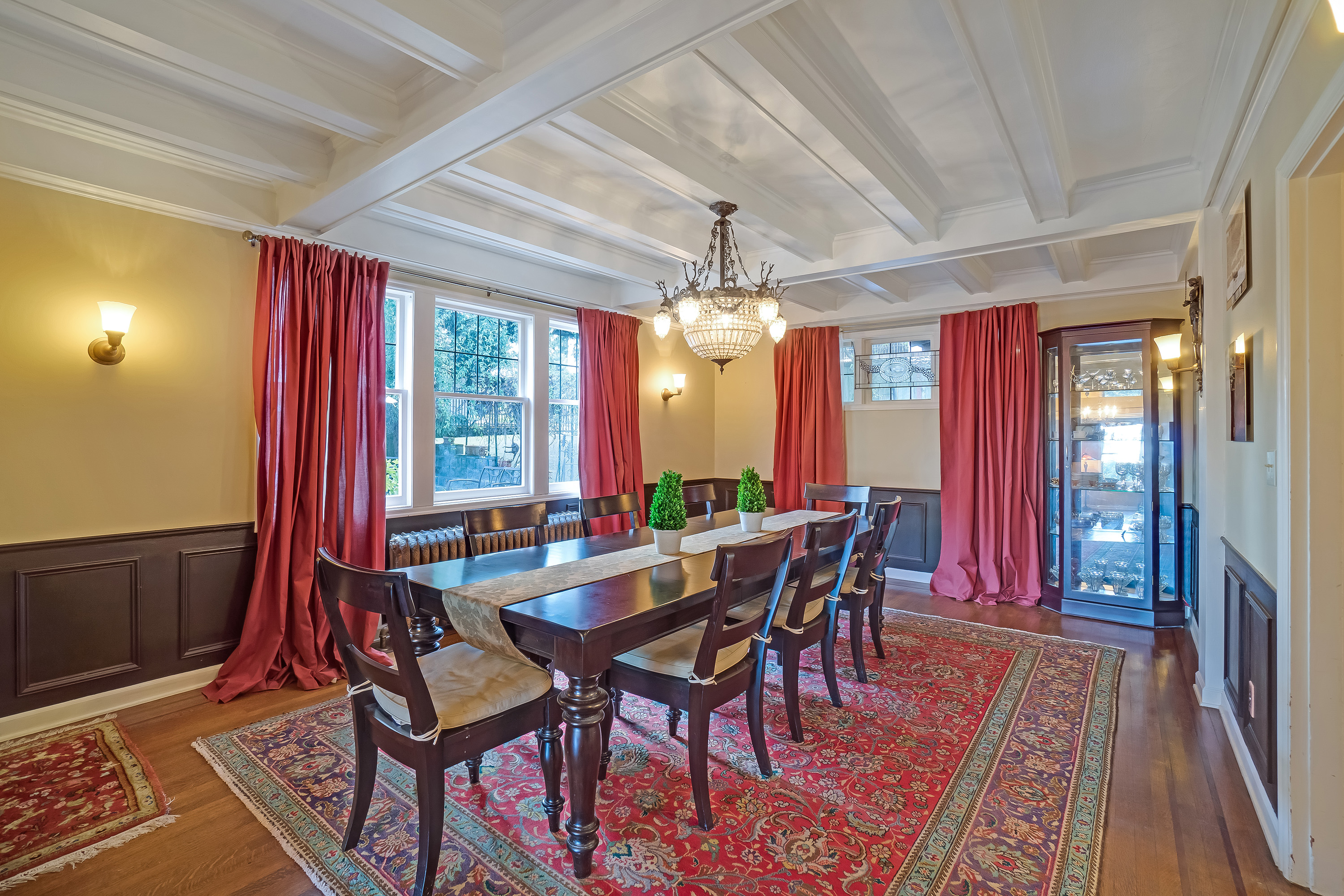 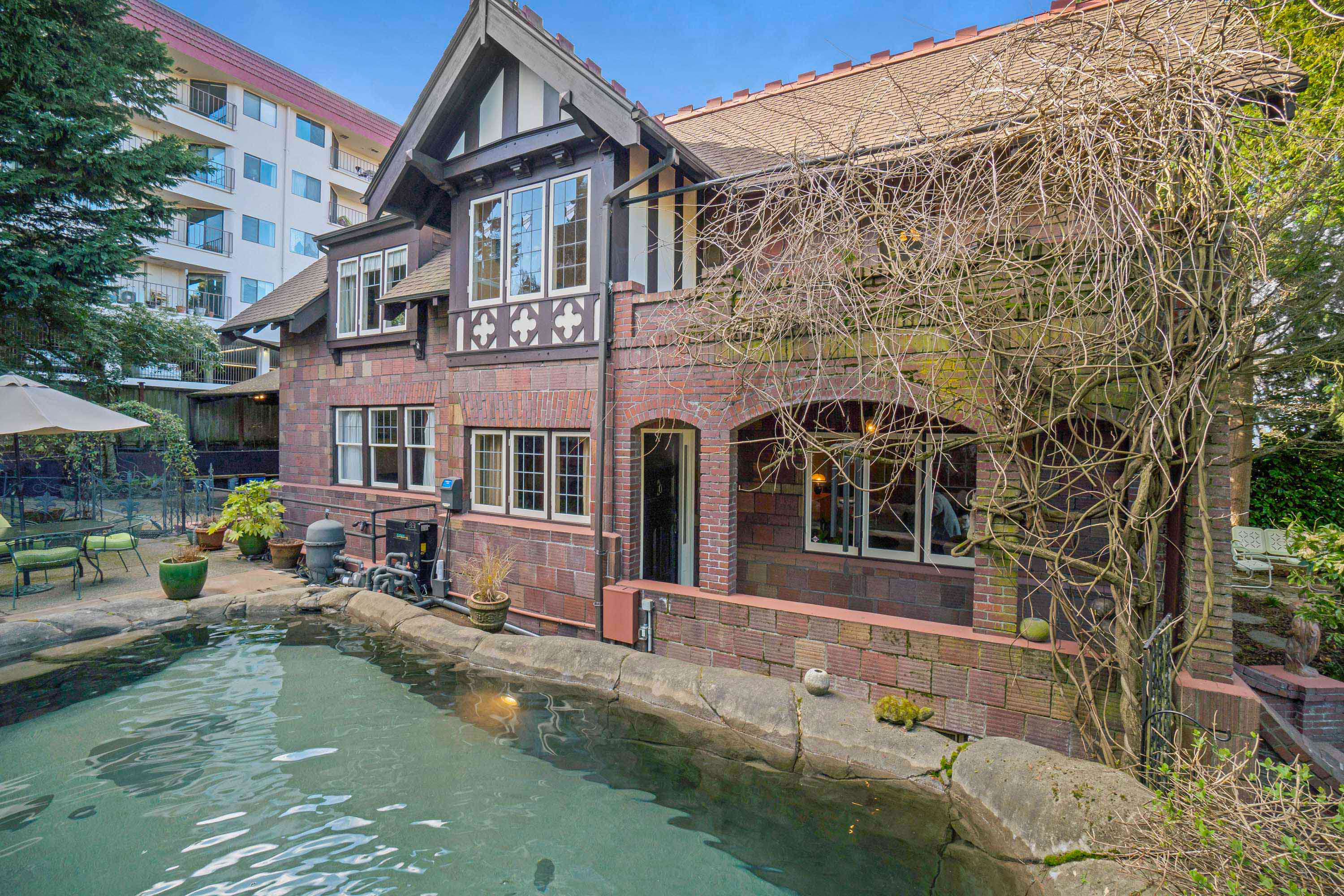 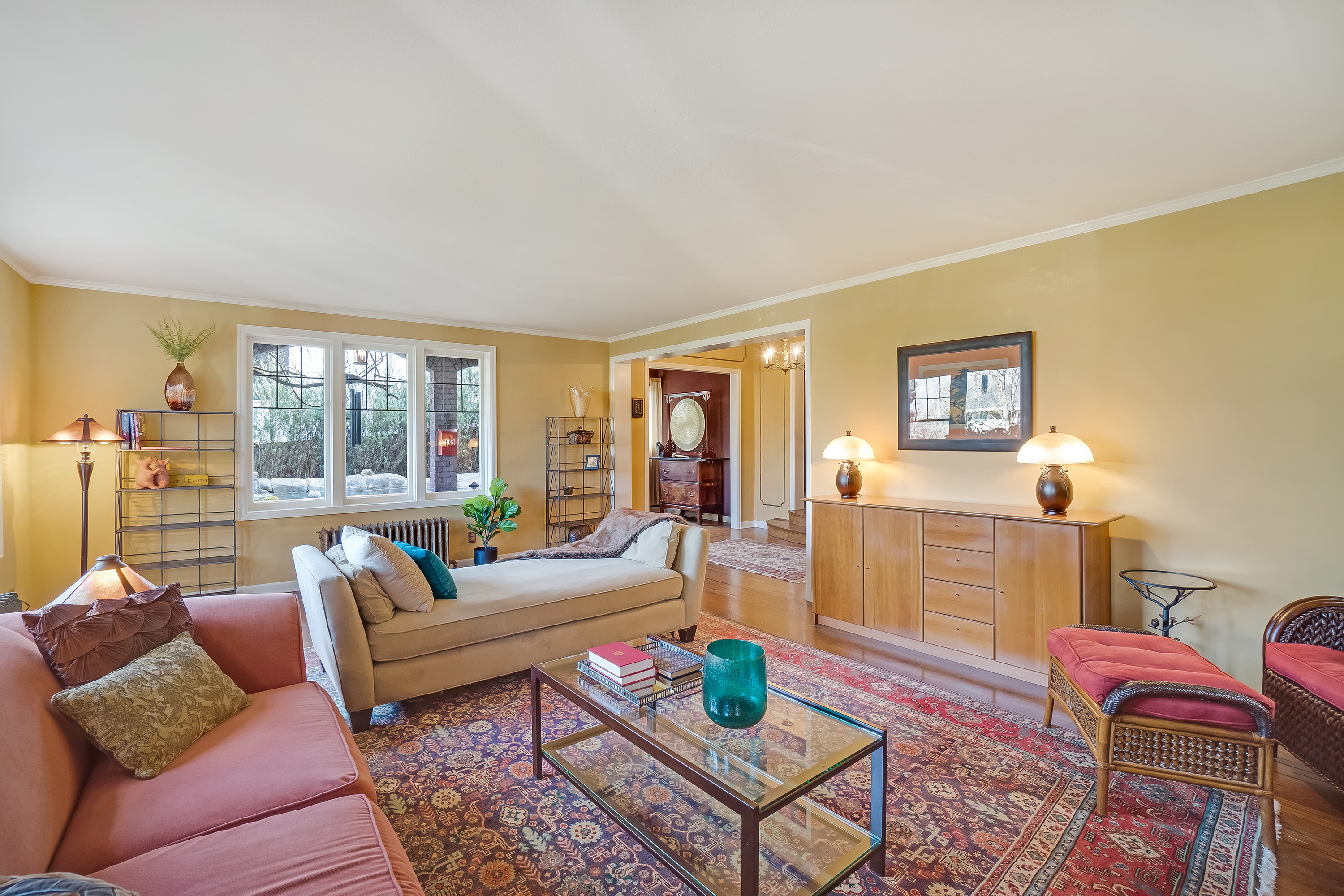 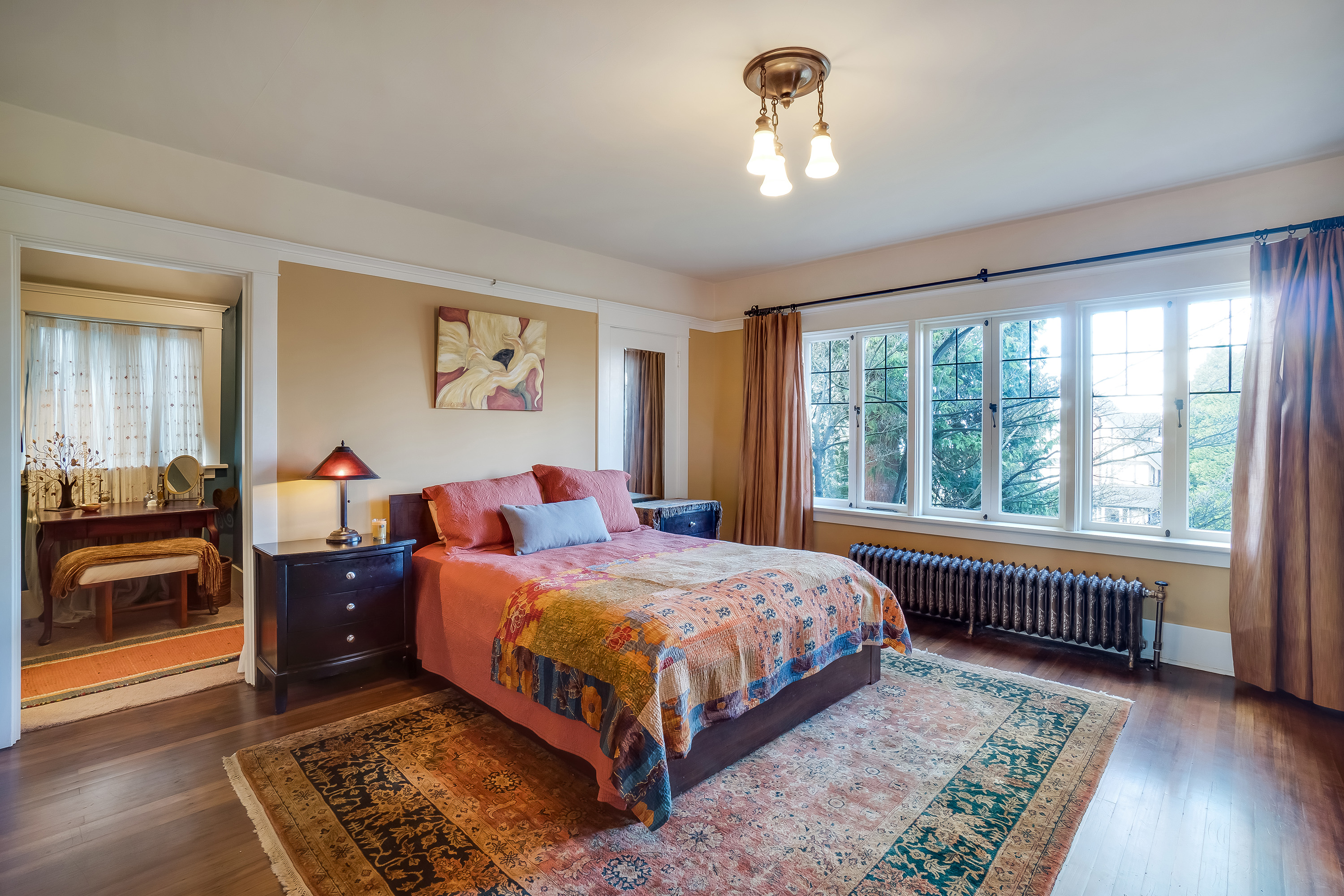 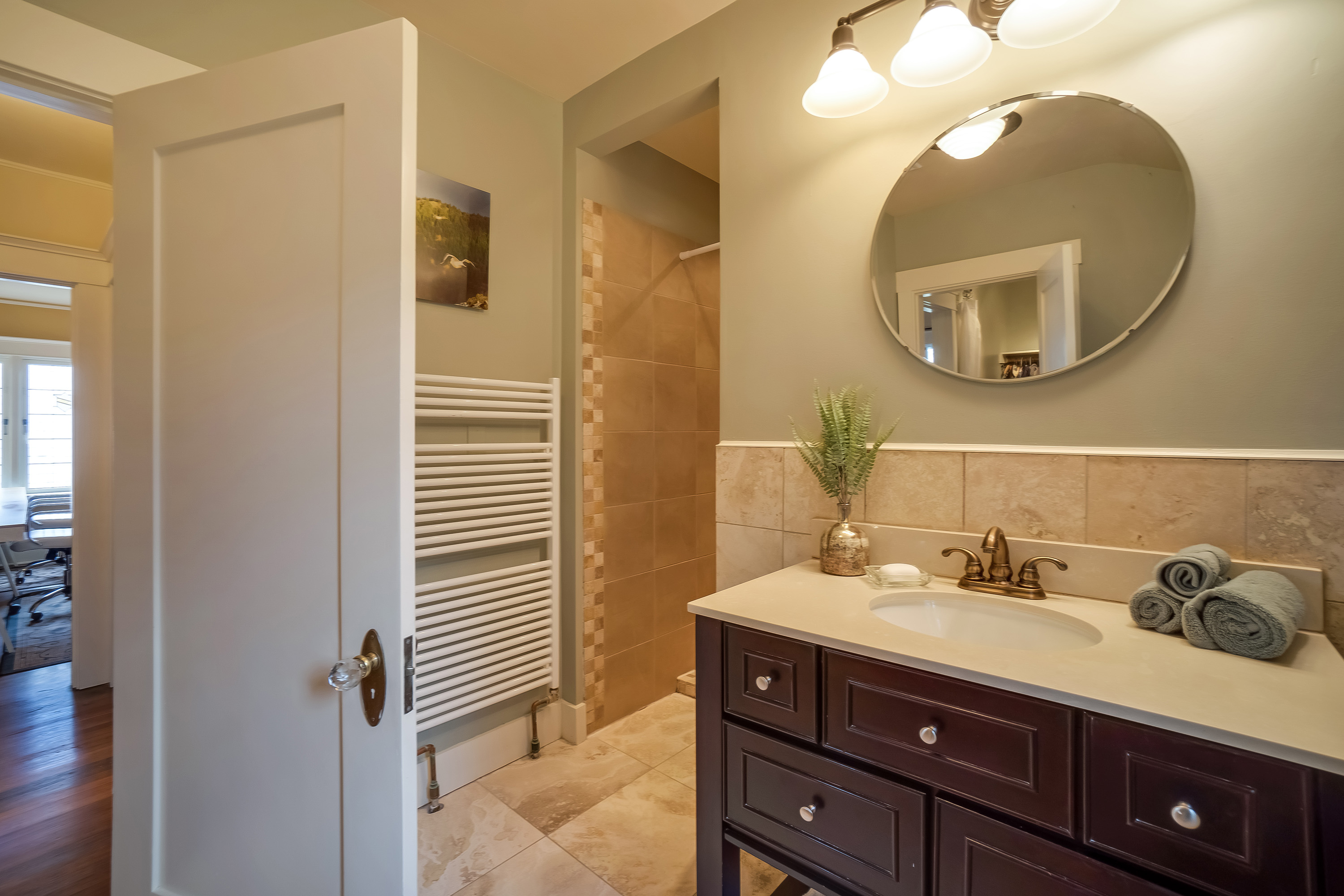 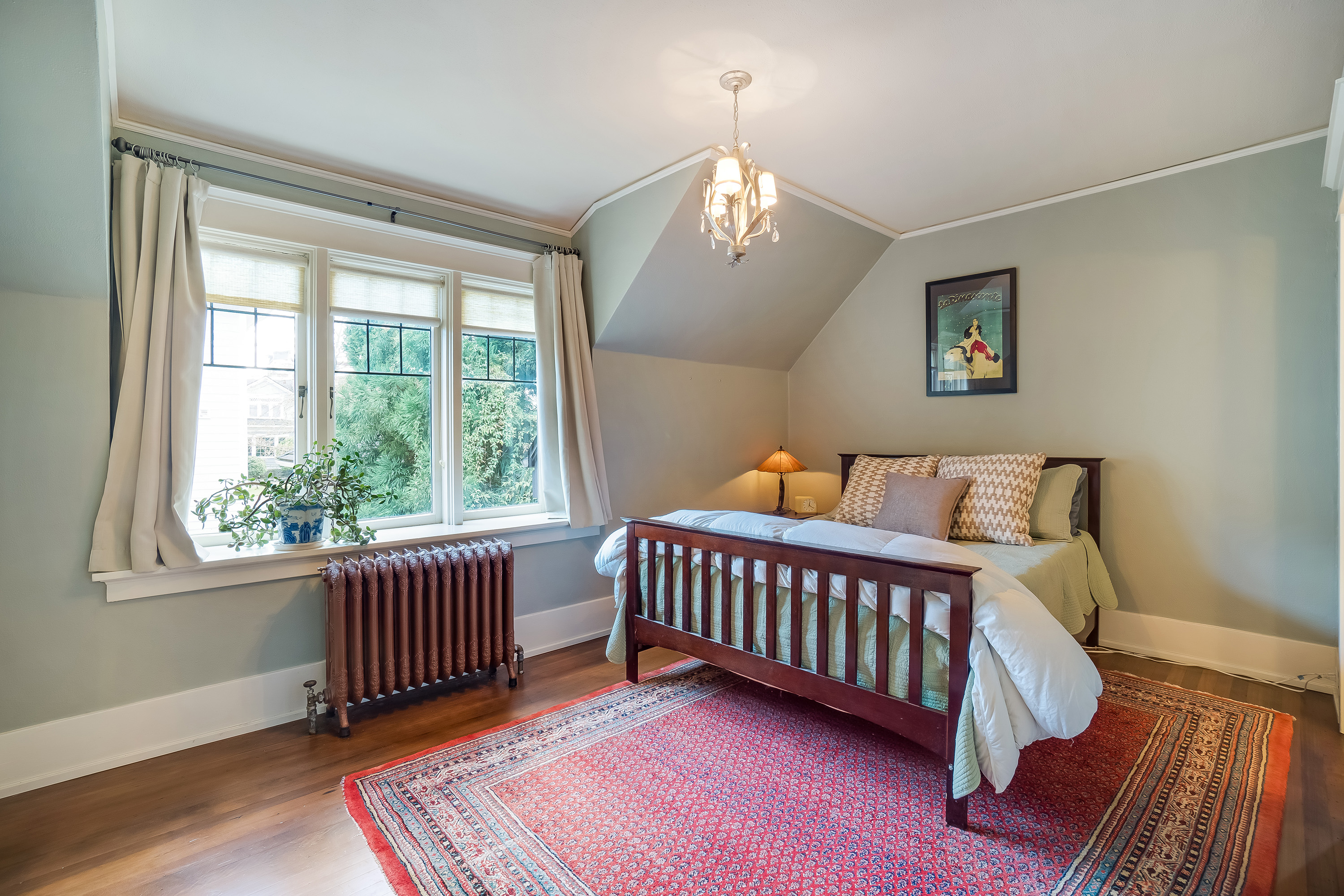 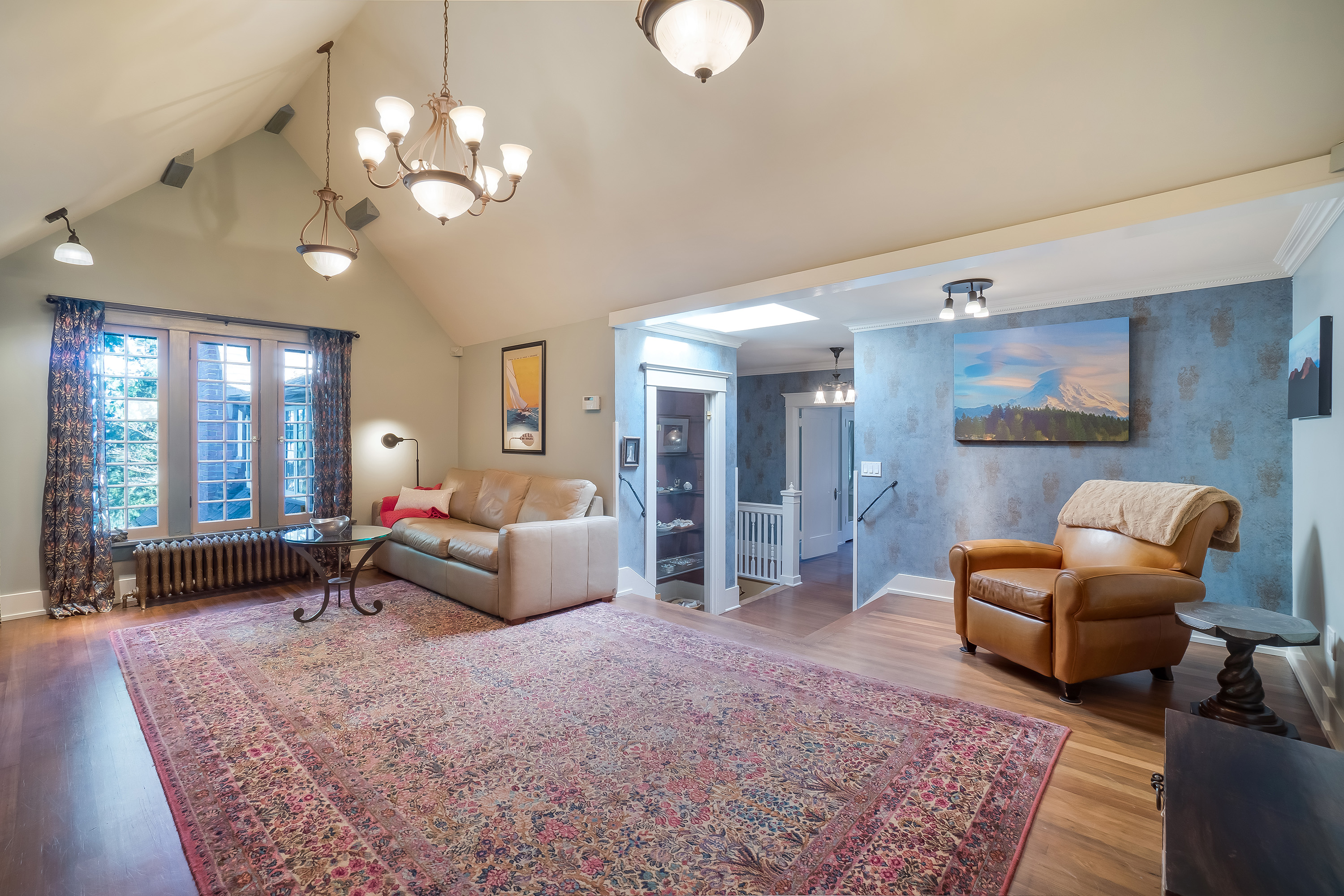 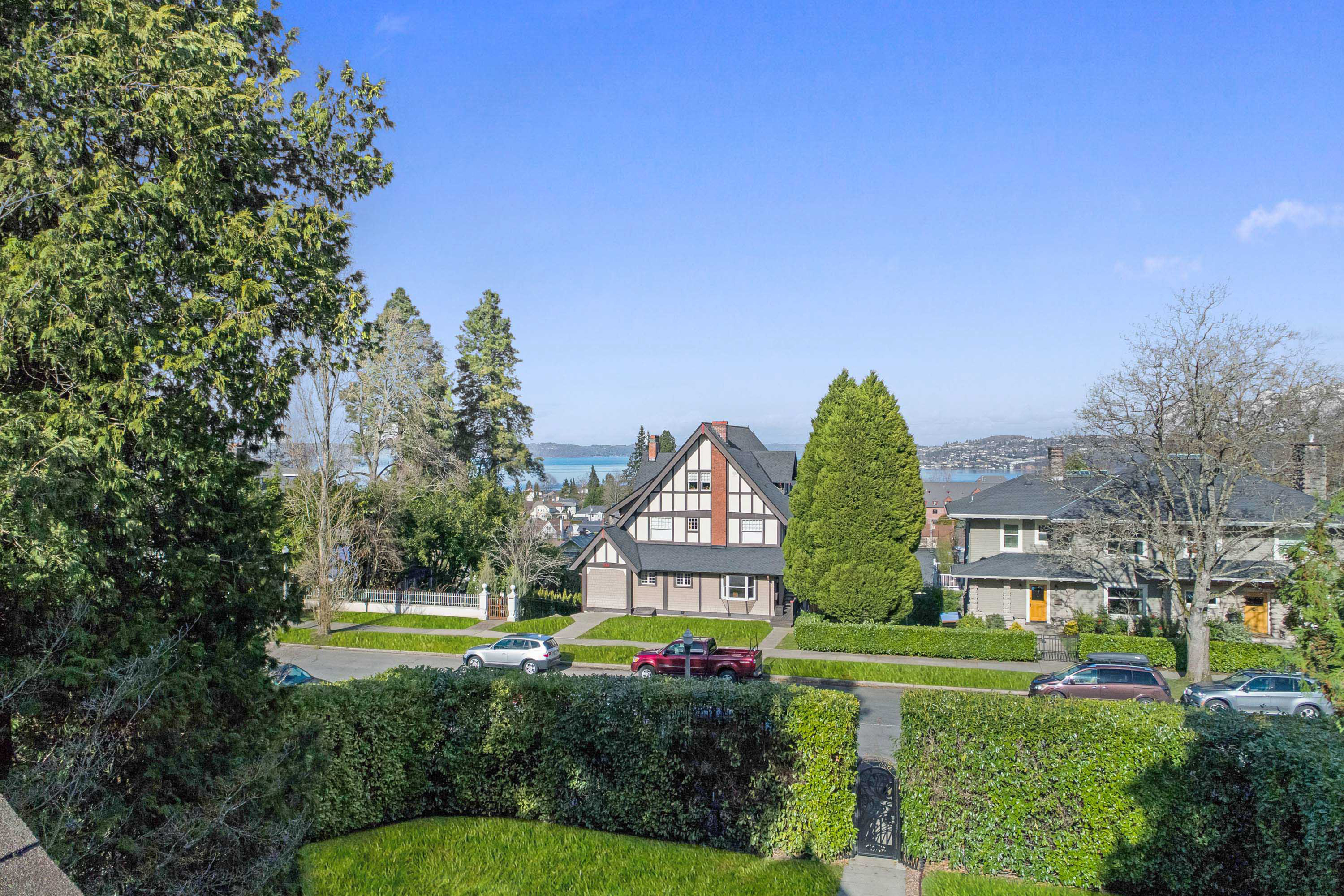 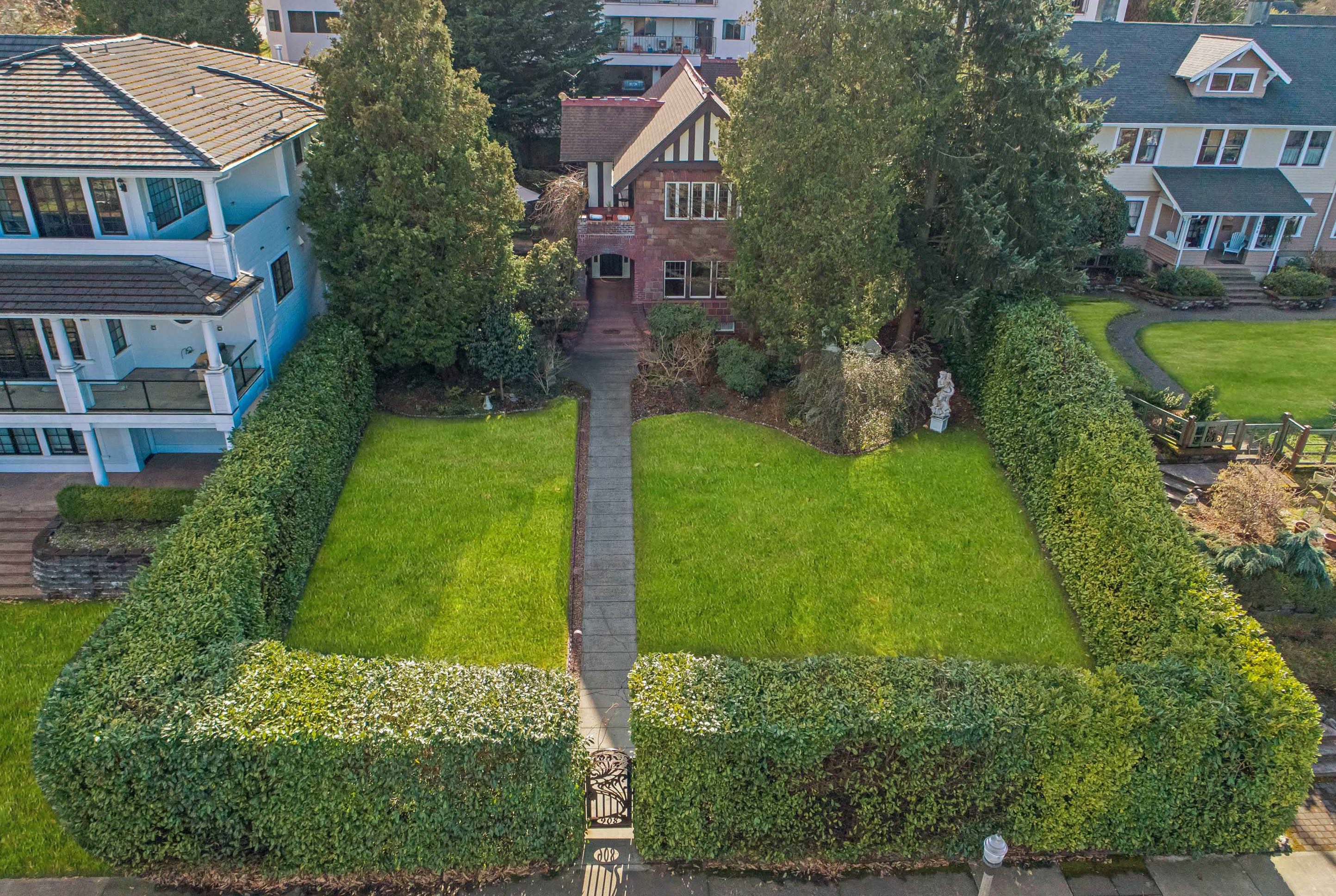 The Tile House is recorded as the first building in the US with exterior construction of terracotta tiles. These rare tiles were patented in 1909. The home was nominated for the Most Beautiful Home in Tacoma.

The Tile House might not exist except for the regional trend at the time to build houses out of fireproof bricks, and this only because in 1889, the Great Seattle Fire burned much of the City of Seattle to the ground. In the aftermath, a city ordinance required that all future buildings and sidewalks in Seattle had to be made of fireproof materials, as the only remaining buildings were made of brick. This tragic event created an immediate demand for fireproof bricks in Seattle, Tacoma, and around the Pacific Northwest.

In the case of The Tile House, It took 7 years to build the clay home designed by architect, E.R. Wheeler. British architects, Woodroofe & Constable were hired to design the garage, one of the first automobile garages in Tacoma. Besides being an architect, E. R. Wheeler, shared ownership of a lumber company called Far West Timber Company that played a role in creating the clay for this house.

In 1902, loggers for the Company noticed massive deposits of clay when they uprooted the trees about two miles from Lake Kapowsin while they were clearing trees for tracks toward Mt. Rainier. The Company negotiated with the railroad to purchase the 320 acres of clay-laden land, and in 1906 built its first large kiln. Within two years, the timber company opened a subsidiary called the Far West Clay Company, of which E.R. Wheeler was the president. The clay banks are within a few miles from Mt. Rainier National Park and only 28 miles from Tacoma. This plant became what was known as Clay City, a settlement close to Eatonville, where the terracotta bricks were made.

In full swing, Clay City employed 60-70 workers and their families, mostly immigrants. Clay City had a post office, store, boarding house, and 12 cottages for its employees, though it no longer exists today. The clay banks were rich in a variety of high grade clays and in a variety of colors. In The Clay Worker, Volume 55-56, it states, “The fire brick which the company manufactures enjoys a good reputation among the numerous sawmill and kiln builders as being less expensive as the imported brick, and at the same time giving the same satisfaction.”

This is the very brick used on this home, from local clay, rich in volcanic components. The tiles were shipped by train throughout the western United States, British Columbia and Alberta. In The American Architect and BuildingNews, there was a press release about E.R. Wheeler. “E.R. Wheeler has had plans prepared for a residence, to cost $30,000, to be erected at North Ninth and Yakima Avenue. The first story will be of red brick and terracotta and the second floor will be white plaster and half timber.”

Wheeler was such a car enthusiast that he thought he would open his hobby to the public and advertised “four vehicle mechanical service,” though his dream to do this quickly ended with a front page domestic scandal. But the garage he had built is a marvel. The cantilevered roof accommodates two additional covered spaces and the garage includes workbenches, a mechanic’s pit, a half bath, and has a large radiator heating system.

Through the region’s response to surprising tragedy, and due to entrepreneurial architects, the Tile House is closely tied to concerns of the day, thriving local businesses and building trends, and some of the great innovations of the last century. It is a true local treasure.